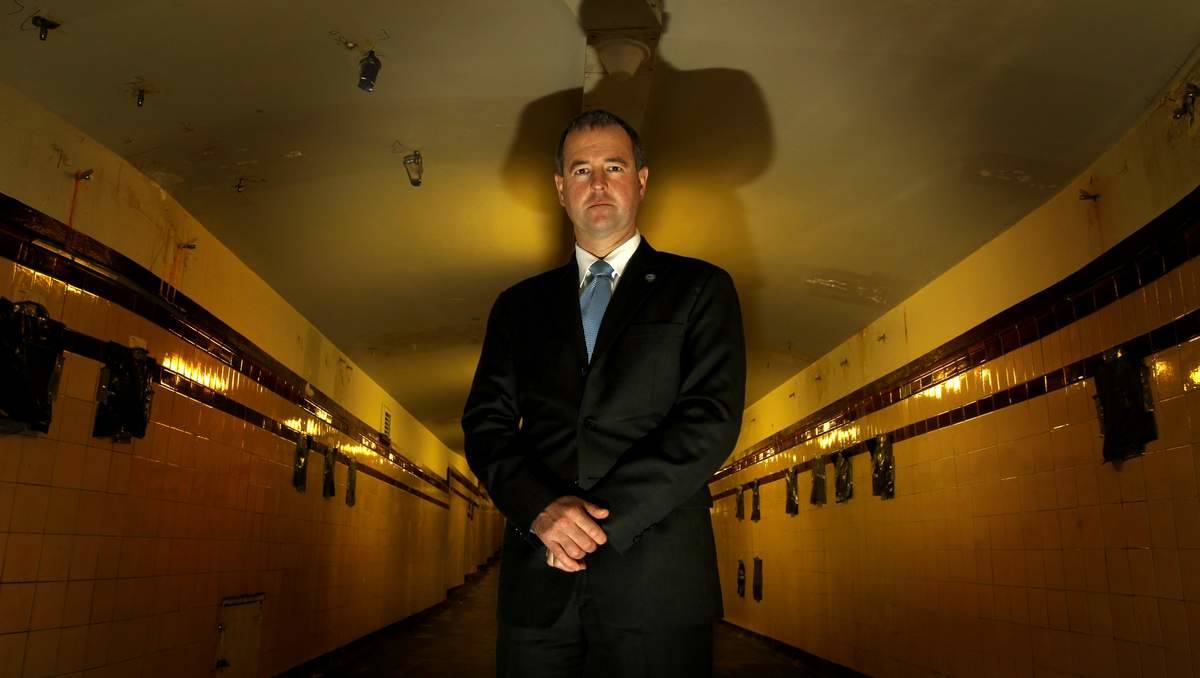 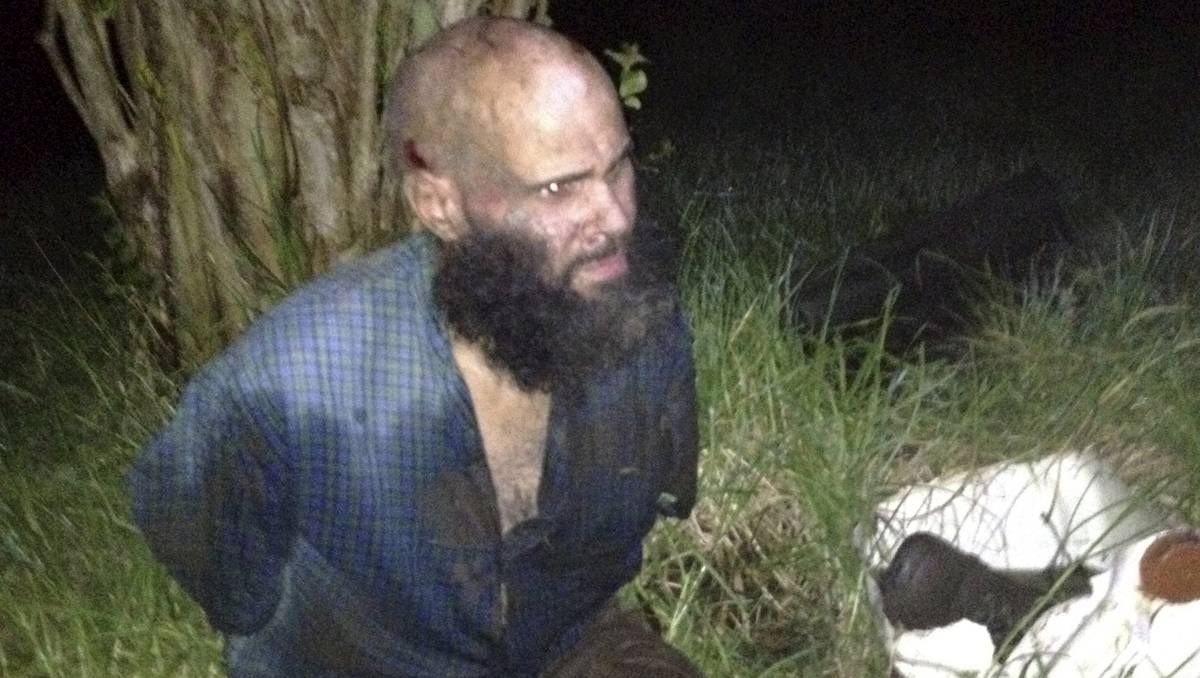 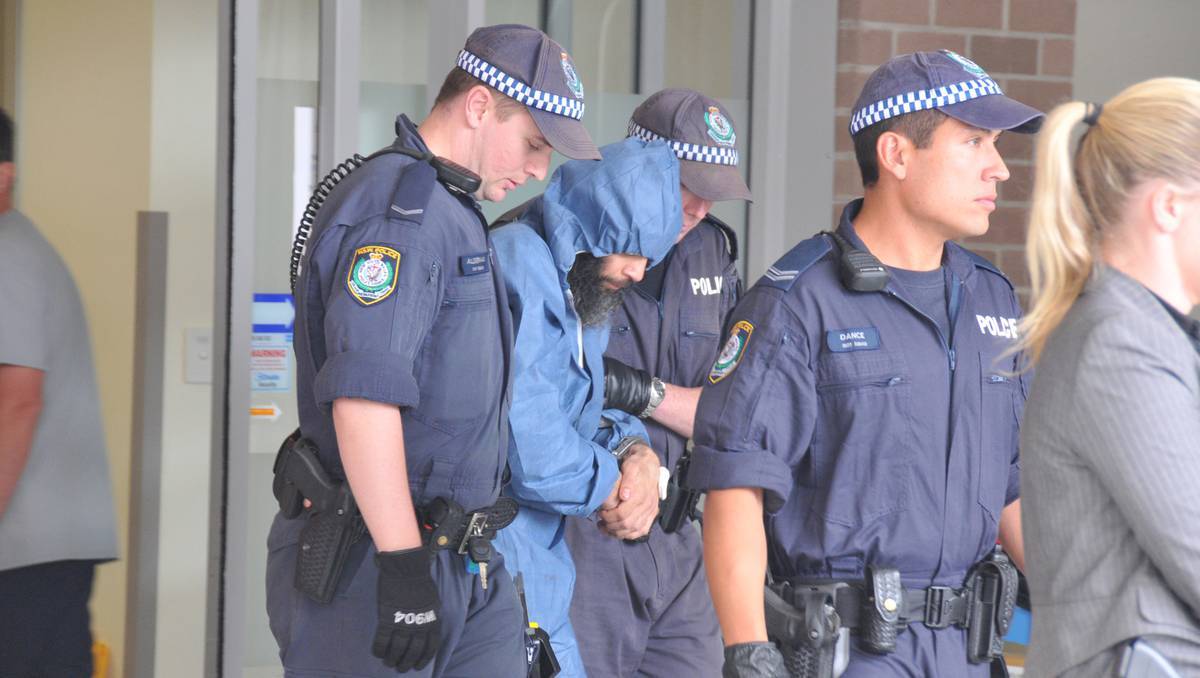 SUBDUED: Malcolm Naden after his arrest. 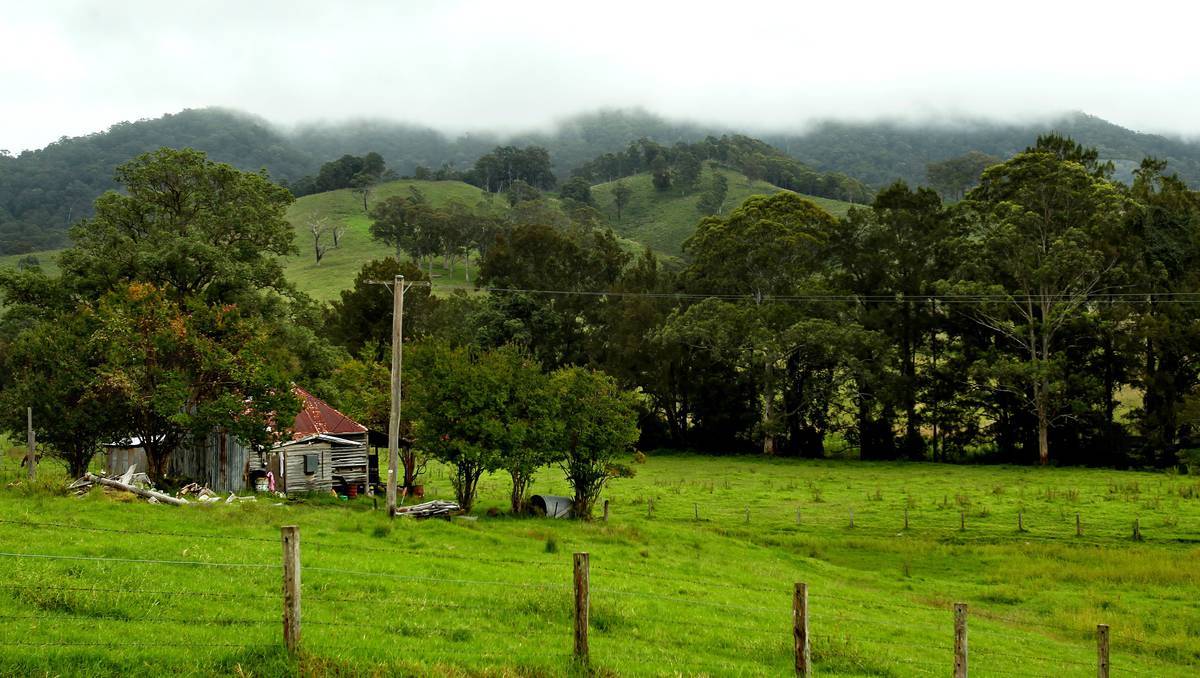 IN FOCUS: Rural NSW was the centre of much of the hunt for Naden. 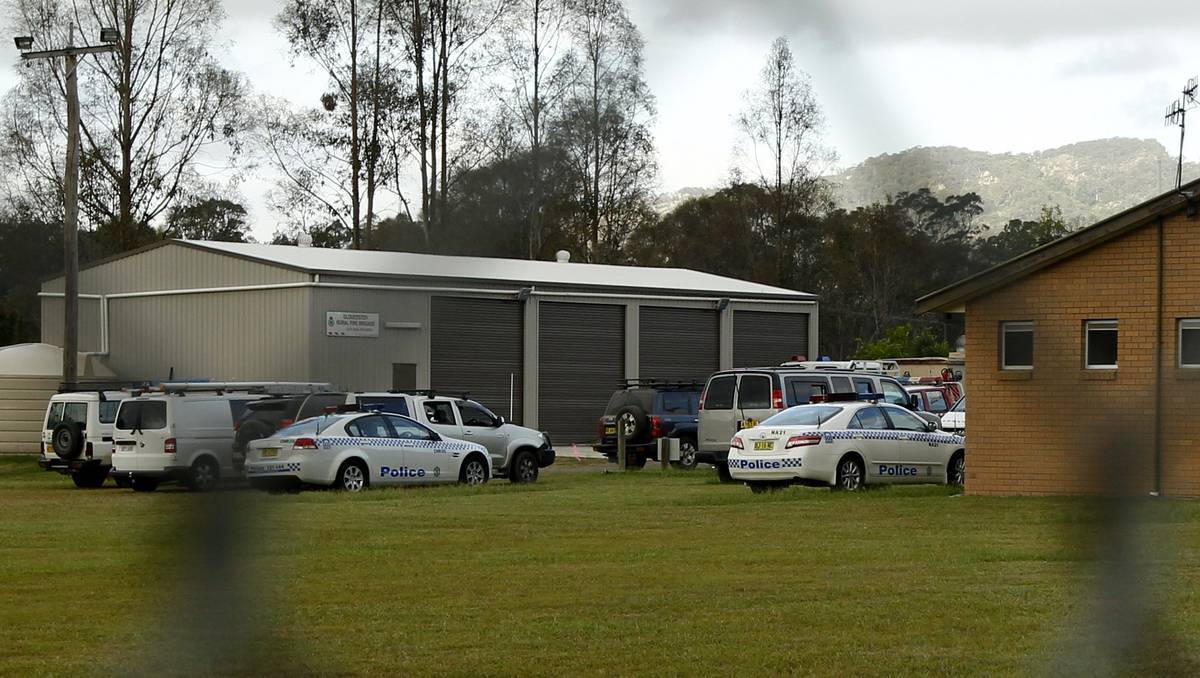 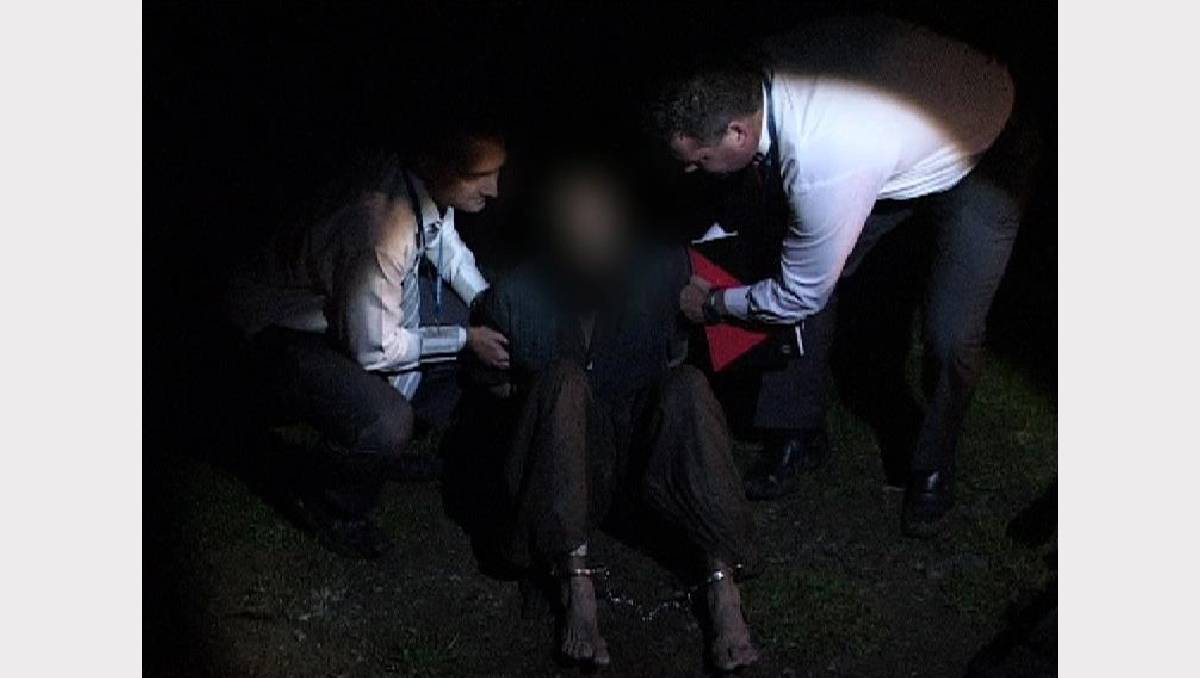 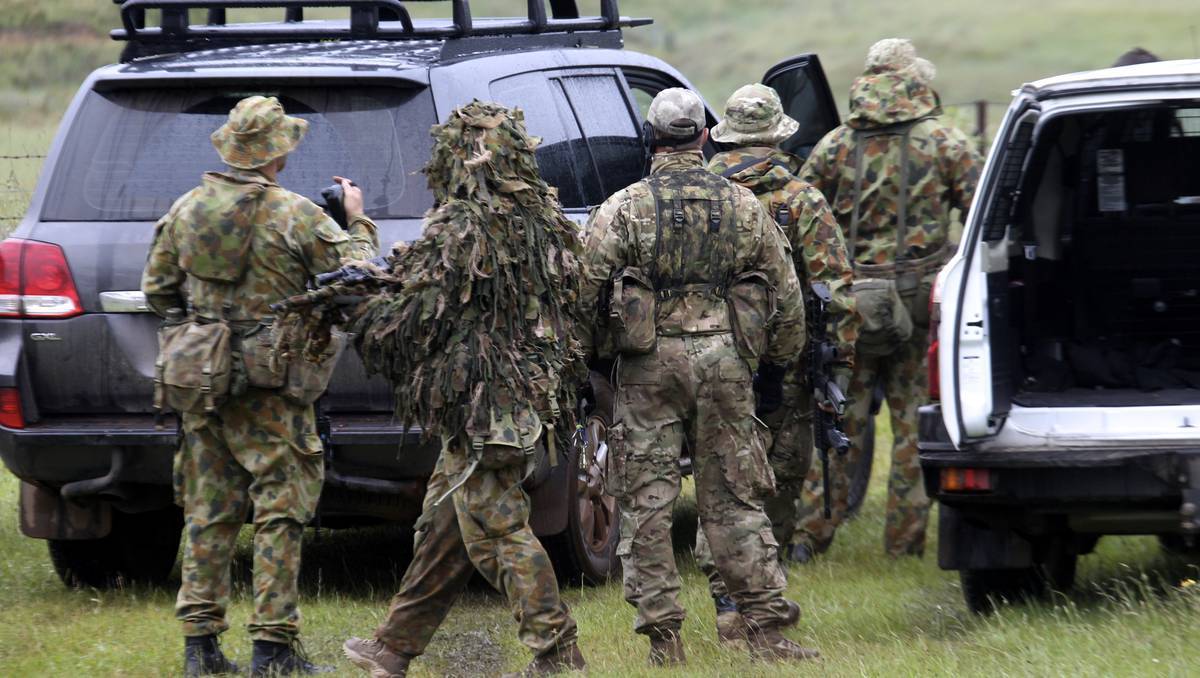 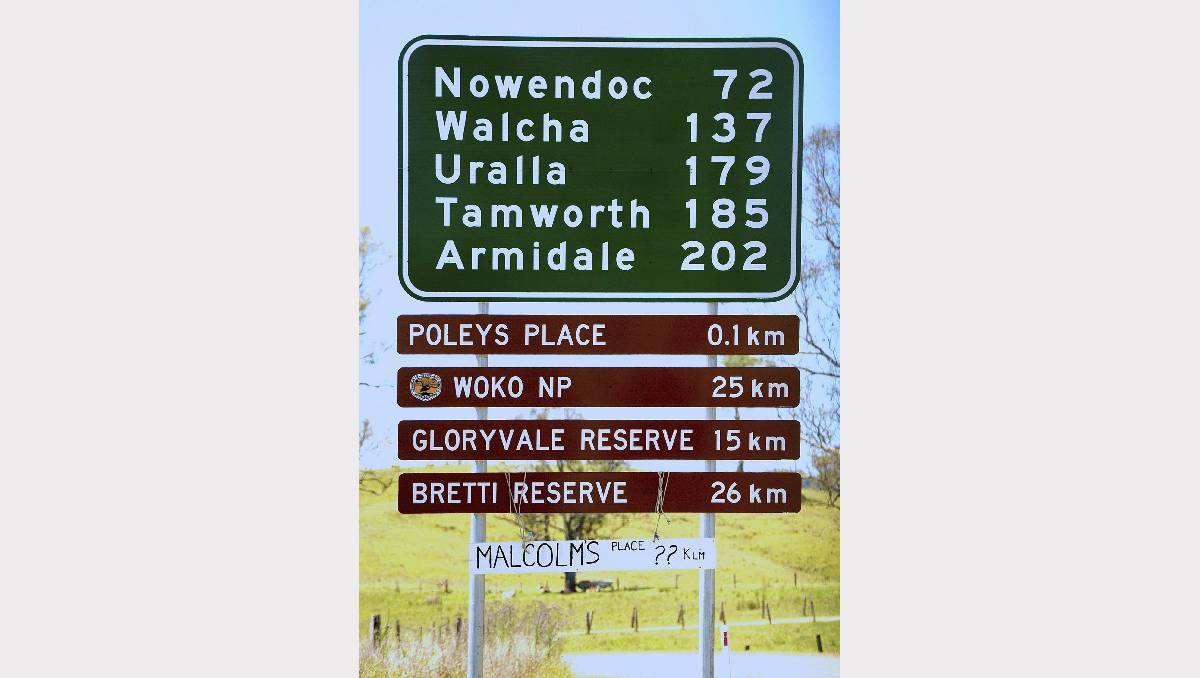 IN FOCUS: Rural NSW was the centre of much of the hunt for Naden.

THEY are about the same age.

They grew up in the same town, went to the same school, mixed with the same people. They even have the same middle name.

But somewhere in the hot dust of Dubbo, Malcolm Naden and Michael Willing’s lives diverged.

For Detective Superintendent Willing, the Naden case wasn’t just about catching a killer. It was personal.

‘‘I think the Naden story, it started in Dubbo and it finishes in Dubbo,’’ he says. ‘‘That’s the way I’ve always viewed it. The sentence was here, in Sydney, but the family’s gone back there and there’s unfinished business for us.’’

He’s referring to the part of this epic tale that still cuts a family, and indeed a town, to its core. Finding the remains of Naden’s first victim – Lateesha Nolan.

‘‘My family house is less than one kilometre from 215 Bunglegumbie Road,’’ he said, the home from where  Nolan disappeared and where, until recently, her children still steadfastly believed she would eventually return.

‘‘As a kid, I rode my pushbike around there. That whole area, it’s where I grew up.’’

Most people have heard of Malcolm John Naden by now, the bushland fugitive who evaded authorities for seven years in the wake of two merciless and terrifying killings. He lived rough, breaking into remote farmhouses to steal food and supplies, evading capture by disappearing into some of the state’s most rugged terrain.

But in January 2005  he was nobody. Then the Dubbo crime manager,  Willing remembers a phone briefing on January 4, 2005, about the case of a devoted mother who had simply vanished. They quickly categorised it as a homicide, a view  strengthened  when her car was found abandoned.

Local detectives worked hard to piece together  Nolan’s life, and why she would just ‘‘disappear off the face of the earth’’.

‘‘For six months, no one told us about Malcolm Naden,’’ Willing says.

Then six months later, there was another call from a crime scene, to the boss.

‘‘Mate, you better get down here. It’s the same spot where Lateesha was last seen,’’ said the concerned voice on the other end.

Kristy Scholes’ body was found in a bedroom of Jack and Forence Nolan’s home on Bunglegumbie Road. The family’s matriarch and patriarch were away in Sydney.

‘‘The door had been locked on the inside, the window was open. A big pillow, with an Aztec print, was over her body,’’  Willing recalls.

‘‘It was only [then] that someone said, ‘Oh that’s Malcolm’s room.’ The stories started to come out about this recluse. He’d been living there for some time and withdrawn into his shell, he wouldn’t come out of his room. Florence (Malcolm’s grandmother) would put food outside his room, he’d eat it, and he’d disappear out the window.’’

So police had the disappearance of one mother, the strangulation murder of another,  both connected through a ramshackle family – and an abattoir worker, who was missing from the crime scene.

Detectives and crime scene officers searched the home for three days and an even more disturbing picture began to emerge.

‘‘Malcolm had been accused of an indecent assault some months earlier and had really withdrawn into his shell,’’  Willing says. ‘‘Jack and Florence had steadfastly refused to believe it was true, and it really divided the family. In the roof we found peep holes, where quite clearly now Malcolm had been looking at the girls – Lateesha, Kristy and two other girls.’’

Police had their prime suspect – but as police stepped up their efforts to find this black belt in martial arts who enjoyed fishing, he was mastering the art of disappearance.

They would later learn he hadn’t gone far by that stage, ‘‘sleeping at the showground and the golf course’’ and ‘‘ultimately ending up at the zoo’’.

The town’s biggest tourist attraction is the Western Plains Zoo, and the sprawling grounds gave great cover for a man who didn’t want to be found. Before long, however, people began to report strange noises and things going missing in and around the five-star safari lodge.

One day, a cleaner came face-to-face with a man matching Naden’s description in a laundry.  A week later  security guards confronted a male in the bushes.

It was the first real ‘‘proof of life’’.

By Christmas 2005, it was time – the region commander Stuart Smith made the decision it was ‘‘too risky’’ to leave him out there, so they decided to ‘‘storm the joint’’.

Unfortunately, Naden had foreseen it.

‘‘He has since told us he was outside the confines of the zoo, he’d built a hole in the ground, lay in it, and then just disappeared. He’d gone,’’ Willing said.

Deflated, police had to go back to the drawing board. National media interest had publicised their searches, but now they were left fielding phone calls from  far and wide as people supposedly spotted Naden.

Willing left Dubbo the following year, but he was never far from the investigation, either through friends in Dubbo or, later, during his work as staff officer to former Deputy Commissioner Dave Owens.

Then in 2008, about 18 months after the zoo fiasco, Naden’s fingerprint was found at a break and enter site in Barrington Tops.

Once more, it was proof the fugitive was alive – and for the next three years, police from the western and northern regions tirelessly pursued leads and laid traps.

In late 2011, a bugged sleeping bag gave police their best chance of catching him.

Within a week, they had found his campsite – but Naden shot at police,  seriously injuring an officer, and fled.

It was the catalyst for an intensive search, and for the next three months, up to 100 officers converged on the region, based out of a specially built command post in Nowendoc:  state protection group officers dressed in camouflage and well armed, detectives, local police, PolAir, and covert operatives, while teams of analysts and intelligence experts worked on trying to pre-empt Mr Naden’s movements.

Commander of Strike Force Durkin, then-northern region commander Carlene York, revealed that at least 30 homes in the area were comprehensively mapped, analysed, keys obtained and access assessed so that when Naden, already identified as a creature of habit, returned to  a property, police would have a clear picture of what to expect if they went in.

‘‘We were taking photos inside the houses to see if anything moved, so we were creating packages of information for properties,’’ she said.

Despite knowing they were still well in the hunt, at times  the police task seemed insurmountable – and they now know, on occasions, he was just feet away from officers, secreted in dense undergrowth.

While the tactical support officers search was going on, Willing pushed the two officers in charge, detectives Ricky Hennessy and Paul Mangan, to ensure that when Naden was ultimately captured, a solid brief of evidence would ensure he wasn’t going anywhere.

‘‘It’s personal for me – I am not going to be the commander in  charge of this thing that loses it at court,’’ he said.

From the time Naden was taken into custody, Willing ordered nobody go near him except his two detectives, Hennessy and Mangan.

‘‘They started building a rapport with him. They knew  what we needed. They needed him to tell us where Lateesha was, and confess.

On April 10,  Hennessy and Mangan arrived at Supermax prison, where Naden gave them a hand-written note.

In the  note, he had also drawn ‘‘a bit of a mud-map’’ describing where he buried Lateesha.

‘‘Malcolm, I think, he always was going to confess, he just had to come to terms with who he is. He’s a psychopath, a serial killer. There’s no empathy at all.’’

He was even willing to be escorted to Butlers Falls, the area where he claims he disposed of Lateesha’s body. Sadly, a massive dig failed to find her. Two floods have been through there, and the landscape has changed.

Still, he was prepared to be video recorded preparing  a staggering 25-page letter which he handed the officers a few months later.

‘‘[It’s] just an amazing document to read. The handwriting is very neat, and in it he talks about both murders and he goes into length, three pages, describing what it was like to strangle Lateesha. Clearly he’s fantasising it as he writes it.’’

He quotes Shakespeare, and the famous line from Unforgiven: ‘‘It’s a hell of a thing to kill a man’’.

Naden’s crimes were violent and disturbing, and he defiled his victims in the most chilling way.

For  Willing, this last part of the story has been almost as hard as the first – especially witnessing this family he has known so long, trying to come to terms with the finality of knowing what really happened.

‘‘While everyone was focusing on the capture of Naden, the real hurt and pain was going on out west,’’ he said.

After Naden’s sentencing, the policeman once more returned to Dubbo, spent time with the family and arranged counselling for them.

‘‘It’s really hard. I went out to the river with [the girls’ mothers] Joan and Margaret, with the kids, talking about a memorial or something out there. For them it’s kind of finished but it’s not finished, the kids have got nowhere to go and [be with her].’’

But it’s not finished for  Willing yet either. He has never  spoken to Naden and only ever been in the same room with him at court.

‘‘This journey, when I said in the beginning that it started in Dubbo and finished in Dubbo, it’s because that family’s gone back home and Lateesha’s out there somewhere, and I want to find her ...  I feel an obligation to do that.’’

Sign up to receive our Breaking News Alerts and Editor's Daily Headlines featuring the best local news and stories.