ICELAND is one of the world’s hottest destinations - and you could be there on The Senior’s fully escorted cruise tour next year.

Organised in conjunction with Travelrite International, the 21-day tour will take in the very best of Iceland as well as Norway, Faroe Islands, Shetland Islands and Scotland.

After an overnight flight to Amsterdam, our group will enjoy a sightseeing tour and city canal cruise before a second day to see the city at your leisure... perhaps visit the Van Gogh Museum or the Rijksmuseum.

Then it’s all aboard MS Rotterdam, standard-bearer for the Holland America fleet of ships.

There’ll be plenty of time to enjoy the ship’s many facilities, including a $2 million art and antique collection.

The first port of call is Eidfjord – the first of four Norwegan stops. Despite having around only 1000 inhabitants, this village is one of Norway’s wealthiest communities thanks to its production of hydroelectric power.

The tour starts with a drive through the spectacular Mabodalen Valley on on to the huge Hardanger Mountain Plateau in Norway’s largest national park – the largest mountain plateau in northern Europe. From here the tour stops at Voringfossen Waterfall and visit Sysen Dam.

The next day is a chance to explore the beautiful traditional fishing town of Alesund, built on a string of islands and known for its unique architecture with Art Nouveau influences.

On Day 8, the ship stops at the small village of Gerainger in the western Norway, at the head of the spectacular Geraingerfjord. From here, enjoy a coach tour to some of the region’s most famous viewpoints including Flydalsjuvet and Eagle Band with views out to the Seven Sisters waterfall. Bruarhlod Canyon of the Hvita river near Gullfoss Waterfall in Iceland.

The next port of call is Bergen in Norway, a city surrounded by mountains.

There’ll be a guided tour of the Hanseatic Quarter with the chance to ride the funicular from the city centre to the top of Mount Floyen for magnificent views of the surrounding islands from 320 metres above sea level.

It’s then full steam ahead for Iceland and the port of Seydisfjordur, which lies at the head of a narrow fjord flanked by mountains.

Passengers will be able to shake off their sea legs on a walking sightseeing tour, visit the Skatfell Cultural Centre and see one of the country’s tallest and most beautiful waterfalls, Hengifoss Waterfall.

Next up is Akureyri, the unofficial capital of northern Iceland and home to one of the country’s most famous turf houses, built in the traditional style of stone and turf.

There’s also a visit to the Akureyri Botanical Gardens where Arctic plants are a feature, before spending some time in the town centre.

Arriving in Isafjordur, the tour visits a 19th century fisherman’s hut, restored in 1988, and then heads through Bolungarvik village and stops for a sip of fresh mountain water at the waterfall in Tunguskogur.

Majestic mountains rising from the sea make this a memorable day.

The tour then arrives in the capital Reykjavik, gateway to Iceland’s stunning natural wonders - from ice fields to boiling thermal pools.

The group also visits the site of Iceland’s ancient parliament and the place where you can see the American and Eurasian tectonic plates pulling apart at the rate of a few centimetres a year. 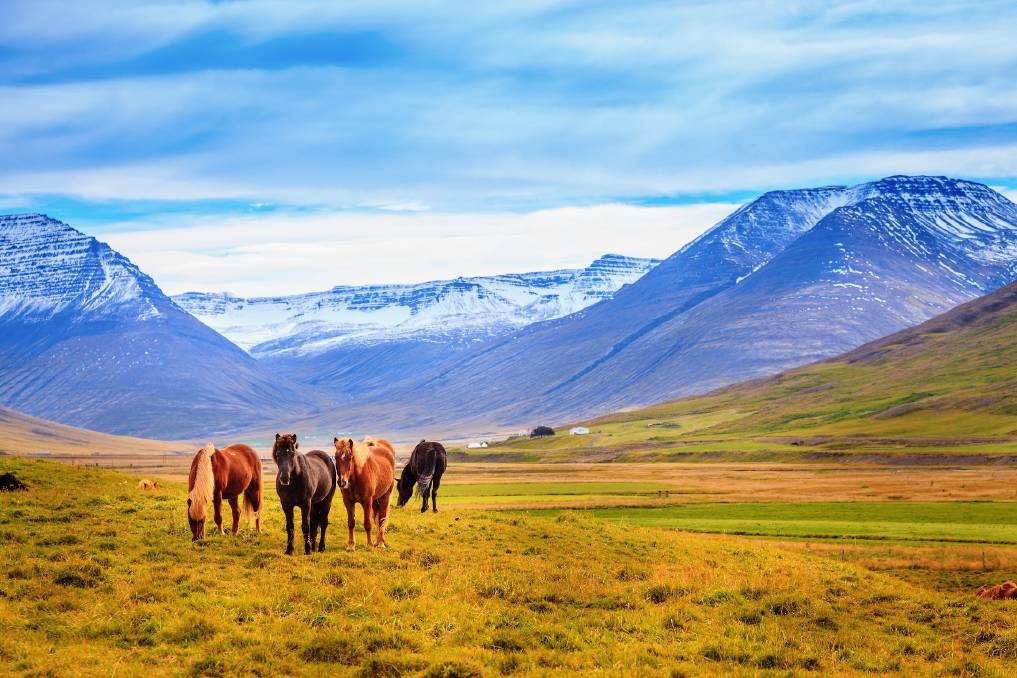 It’s then back to sea for a day before reaching Torshavn the capital and largest town of the Faroe Islands for a cruise exploration of the deep grottoes of the Vestmanna Bird Cliffs.

The next stop is Lerwick, on the Shetland Islands. Places to be visited include Scalloway Castle, built in 1600 by the tyrant Earl Patrick Stewart using forced labour, Scalloway Museum and the Tingwall Valley with its Norse heritage. Of course, there’ll also be Shetland ponies!

Inverness, near Loch Ness Scotland is the final stop of our cruise itinerary.

Places of interest include the pleasant village of Drumnadrochit, the native woodlands of Glen Urquhart and Urquhart Castle, one of a chain of garrisons that controlled the Great Glen.

The tour rounds out by cruising back to Amsterdam before boarding return flights back to Australia.