The over prescription of opioid based pain killers is creating a global medical catastrophe.

In the United States alone, 115 people die every day from overdosing, prompting the federal government to declare the situation a national health crisis. In 2016, American pharmacists filled 236 million prescriptions. If that was dispensed one per person it would equate to seven out of ten of their citizens.

However, some experts fear Australia could soon be on the verge of its own opioid crisis. According to the ABC, more than 14 million prescriptions were filled last year, that represents a 40 per cent increase over the past eight years, with the regional areas being worst affected.

In fact, a NSW Coronial Inquest into the overdose deaths of six people in 2016 recently heard evidence that pharmaceutical opioid deaths now exceed heroin deaths by a ratio greater than two to one.

Newcastle based GP, Dr Faisal Khan, believes there are better ways to alleviate pain than with pharmaceutical drugs and he’s prepared to put his money where his mouth is.

He’s just invested nearly $400,000 in cutting edge medical equipment to deliver Low Level Laser Therapy, an emerging technology that is starting to gather pace in the US.

Dr Khan is alarmed by the number of patients both being prescribed opioids (which are highly addictive) and how many people are abusing drugs with potentially harmful side effects, like ibuprofen (which can cause stomach problems and kidney failure if misused). 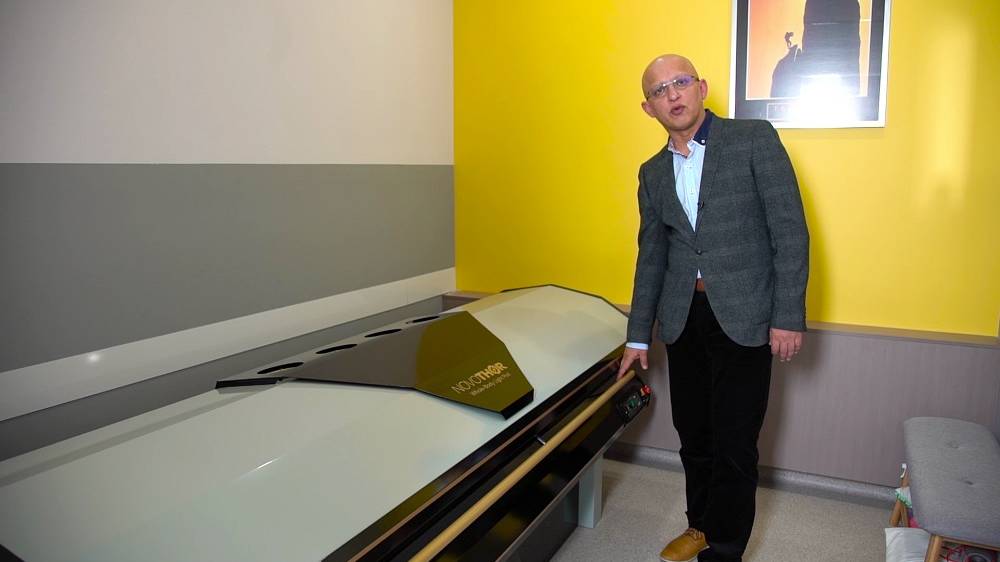 That’s why he has invested so heavily. He now owns both hand held lasers as well as a Nova Thor full body laser bed. The technology can help sufferers of chronic neck and back pain, peripheral nerve damage, rheumatoid arthritis, osteoarthritis, carpal tunnel syndrome and sports injuries, to name a few.

“It’s not that common in Australia yet because investment in the technology is quite costly... the Novo Thor whole body Laser Bed cost me $200,000 on it’s own,” Dr Khan explained.

Also known as photobiomodulation, the process involves the application of low power laser beams to the skin to enhance cellular functions. So basically, light is absorbed by damaged cells, triggering a series of cellular changes. These have been found to modulate cellular metabolism, which can stimulate the immune system, reduce inflammation, accelerate tissue repair and achieve pain relief.

The process has been the subject of many research papers over the past decade – more than 4500 to be precise – and study after study has found that it works. In fact, the American College of Physicians strongly recommend the method be considered as an alternative to pharmacological solutions for chronic lower back pain.

Like any medicine, it obviously doesn’t work for everybody – the dosage, pain type and patient are all variable factors – but it has been observed to consistently relieve pain in large numbers of patients with a myriad of medical conditions.

An article in the US medical journal Frontier in Physiology concluded that while “pain is a very complex condition that manifests itself in a variety of different forms… it is clear that Low Level Laser Therapy may be beneficial for many individuals suffering from pain, regardless of the condition that is causing it.”

Dr Khan was quick to point out however that this wasn’t a miracle cure. It can’t make complex physiological issues magically disappear. It simply addresses pain in a safe way that is side effect free. As such it needs to be used appropriately and in conjunction with a thorough medical assessment.

“It’s important that we manage the expectations of the patient,” he explained.

“It cannot change the physical damage of the body tissue and that’s important... this is just an alternative to drugs like opioids. This is a way of relieving pain without side effects and in some cases it has some healing effects.”

Unlike cosmetic lasers, the ones used for pain therapy are not hot and do not burn the skin. The only people that are not suited for the process are pregnant women whose abdomens could be targeted; people with malignant tumours located in the targeted area for application; and patients with light sensitivity conditions such as epilepsy.